Shapeshifters Have Rights Too!

Imagine a world with no domesticated dogs — only were-dogs. That’s what the artist known as Kez thought up for his largely monochrome on-line comic Until The Last Dog Dies. “Port Jude is a utopia… if you’re human. In a world split down the middle between humans and dog shapeshifters, there is little justice to be had when domesticated dogs have no rights, no citizenship and no life to call their own. Cage is a wild dog who has always seen himself as free, until he strikes a bargain with the devil in the form of a wealthy businessman named Dmitri Molokov. Now, he must risk his life with the cruelties of the illustrious dog fighting rings for his one shot at a better life for himself and his family.” The official web site has the continuing comic, as well as backstory and a link to an introduction video on YouTube. 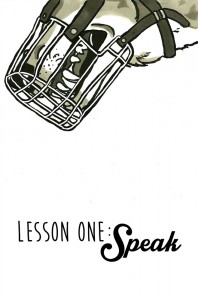