This we got from Deadline: “Former ToonBox exec Jay Ahn [The Nut Job] and animation industry veteran Chris Henderson [Disney’s 101 Dalmatians TV series] have launched Astro-Nomical Entertainment, a development and production company aiming to make high-quality independent animated family films. Its first project in the works is the feature film Mean Margaret, based on the children’s book by Tor Seidler [A Rat’s Tale, The Wainscot Weasel]. Mulan co-director Barry Cook is in talks to direct… The Mean Margaret books center on a cranky toddler from a family of nine who is taken in by two woodchucks and raised as their own among a community of wacky animal characters.” 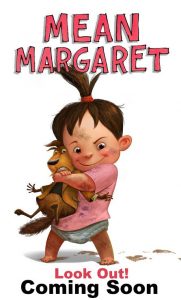