Dave Hulteen Jr. and Jerome Green got together and formed Hulgreen Productions with the intention of making some seriously silly entertainment using puppetry, animation, and video effects. Their first creation was The Bang and Bump Show, featuring “two little monsters in a big studio”. According to their web site, “Finding two store bought and generic monster puppets, Dave and Jerome created a simple buddy style duet video naming the puppets ‘Bang’ and ‘Bump’. They were named after the respective sounds monsters make in the night. The video caused enough attention for the two to make a regular series.” They’ve since gone on to create many other humorous videos and animated shorts. 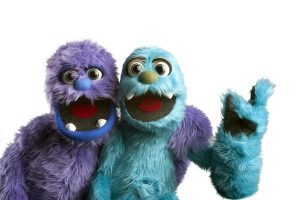