Limon and Oli is a CGI animated TV series for young children, created by Salih Memecan. It’s based on a long-running newspaper strip in Turkey, Sizinkiler (“Your Kind of Family”). The cartoon show follows that adventures of two young birds who are best friends — both of them teaming with curiosity about the world. Since 2015 the show has been airing on Disney Junior in Africa, Eastern Europe, and the Middle East. Now thanks to a deal with Netflix the two little birds are set to make their premier in North America and beyond. 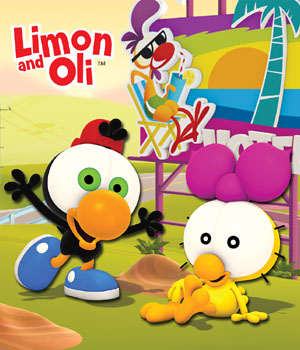