Have You Heard About the Bird?

And on to Italy for Pio Rocks, a new show inspired by a popular YouTube series called Pulchino Pio. According to the review from Animation Magazine, “Pio Rocks! – The Series revolves around Pio’s life at school at Highnote High, a school like any other, except every class is about music! With plenty of challenges, betrayals, friendships forged forever and ex-friends you swear you’ll never speak to again… Pio Rocks! is a comedy about friendship, growing up, achieving goals and acceptance. Being a kid, in other words.” Produced by Planeta Junior, the series is set to hit the air in Europe this January. 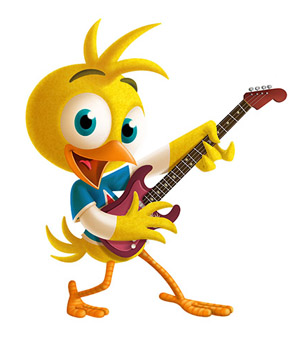