Dragons To The Rescue

Like many other fans, we were disappointed to recently be informed that Dreamworks Animation has pushed back the release date of How To Train Your Dragon 3 again — this time to the spring of 2019. But in the meantime came some good news: Early next year Dark Horse Press is releasing a new full-color graphic novel, How To Train Your Dragon — The Serpent’s Heir. “Picking up just after the events in How to Train Your Dragon 2, Hiccup, Astrid, and company are called upon to assist the people of an earthquake-plagued island. But their lives are imperiled by a madman and an incredible new dragon who even Toothless—the alpha dragon—may not be able to control!” The big news is that Dean Deblois, who has worked on the Dragons movie series as both writer and director, is one of the co-scripters of this new graphic novel (along with Richard Hamilton). Hollywood Reporter has an interview with the creative team. 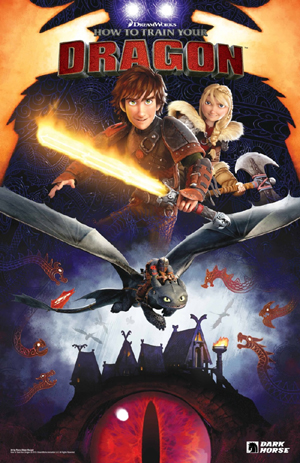