Our friends over at Cartoon Brew are finishing up the year with an article about 60 (!) animated films scheduled for release in 2017. Some are brand new releases, and some have already made the rounds in other parts of the world but will not be premiering in North America ’till next year. And of course, with a huge set of films like that, more than a fair share of them are definitely going to have some interest for the anthropomorphic fans out there! Taking a quick look ourselves, the upcoming animated films of furry note — some a lot, some a little — include (deep breath…): Animal Crackers, Beast of Burden, Blazing Samurai, Bunyan & Babe, Cars 3, Clara, Despicable Me 3, The Emoji Movie, Ferdinand, Foodiverse, Godzilla (yes, the first animated Godzilla movie!), Here Comes The Grump, Kikoriki — Deja Vu, Kung Food, Lino, Manou the Swift, Mune — Guardian of the Moon, My Cool Dad, My Little Pony — The Movie, The Nut Job 2, Ping Pong Rabbit, Pokemon The Movie — I Choose You, Punyakoti, The Red Turtle, Richard the Stork, Rock Dog, Sahara, Smurfs — The Lost Village, Spark, The Star, Urfin Jus and His Wooden Soldiers, and Underdog. Whew! The article at Cartoon Brew includes several trailers. Of course we’ll be talking a lot more about each of these films as they get closer to release. Happy New Year! 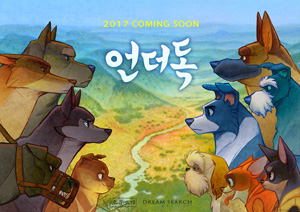