Oh He’s Such A Deer

Yen Press have released a new black & white manga out called Reindeer Boy, written and illustrated by Cassandra Jean. According to the publishers: “The new boy is town is cute and friendly. The only problem is… he has antlers? Quincy has the same dream every year on Christmas Eve: Of finding a little boy holding a special gift for her under the tree – and every Christmas morning, she’s awoken to find a gift wrapped in tinfoil with her name on it… When school resumes after the winter break, Quincy’s class discovers they have an unusual new transfer student named Cupid. Ridiculously cute and friendly, the new boy has everyone both enamored and confused. Those antlers can’t be real…can they?? With Cupid having seemingly set his sights on Quincy, it seems she’ll be having a memorable year indeed!” [See you again after Further Confusion!] 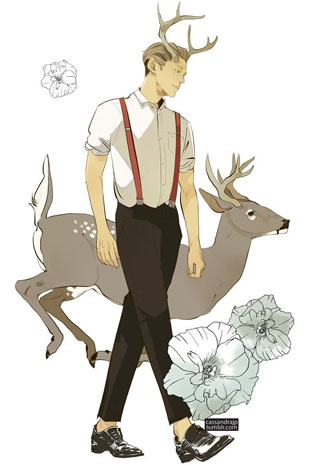