Tamberlane is a full-color on-line comic written and illustrated by Caytlin Vilbrandt. “In Treehollow, Belfry is well known as the bat with a heart of gold and penchant for accidents. All the residents love her and fear her in equal measures. So of course when she literally stumbles across a strange creature who seems to be some kind of abandoned kit, she wants to care for it… but is she truly up to the task? Or will it die a horrifying, accident-related death?” After a successful Kickstarter campaign last year, the first compilation issue of Tamberlane on dead trees will be available soon. 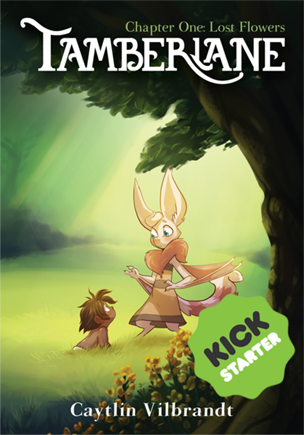