They Came, They Saw, They Kicked Our…

We’ve mentioned the comic book series Animosity from Aftershock before. “The Animals thought, spoke, and took revenge. The dust has settled and the blood has dried, but a new force is rising in the West, ready to help Animal-kind seize power in the dark new world to come…” Now they’ve released a special off-shoot called Animosity: The Rise. “Spinning out from Marguerite Bennett’s hit new series Animosity is this special one-shot, illustrated by American Monster’s very own Juan Doe! Witness the devastating effects of ‘The Wake’ and how it affected other parts of the world on that terrifying day!” Interestingly, it appears that this concept is played for laughs (?). At least, that’s what the review over at AiPT would have you believe. 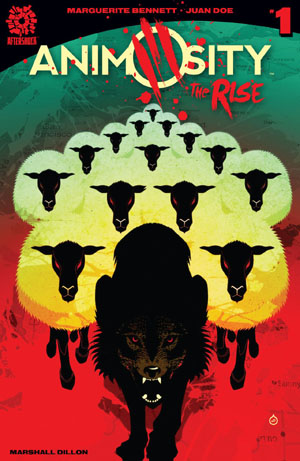