And the winner for the longest comic book title we’ve found recently goes to… Space Parasaurolophus, a full-color science fiction comic written, illustrated, and self-published by Leonardo Pertuzzatti. That very hadrasaur was captured by an alien race called the Lev’rram and given both sentience and an arsenal of fancy gadgets. All of which our hero uses to try and defend the Earth from the Werthams: A much more evil alien race, who wiped out the dinosaurs and now have their eyes set on humanity. Visit the creator’s web site to find out more. 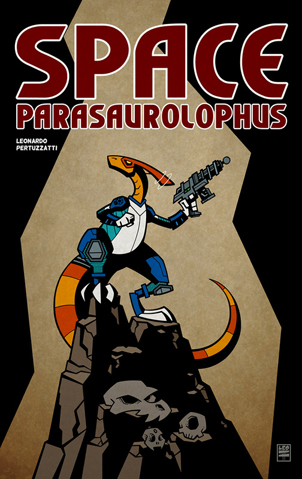