Monster in the Mountains

Recently, Netflix released a teaser trailer for OKJA, an upcoming film that (we will admit) caught us by surprise! Directed by Bong Joon-Ho (Snowpiercer) and starring Tilda Swinton and Jake Gyllenhaal, the film tells the story of a young Korean girl named Mija who befriends a monstrous creature– the result of a genetic experiment that has produced a being “somewhere between human and animal”. We only catch a glimpse of OKJA from the trailer, but already horror and fantasy fans are buzzing. Look for OKJA this June on Netflix. 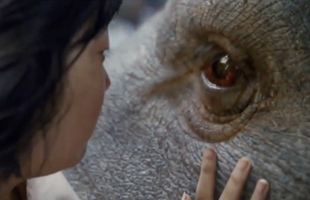