Little Dogs Around the World

According to Animation Scoop, Disney Junior has a new animated series for kids called Puppy Dog Pals premiering April 14th. “The show follows two fun-loving pug brothers, Bingo and Rolly, whose thrill-seeking appetites take them on exhilarating adventures throughout their neighborhood and around the globe. Comedian Harland Williams…  serves as consulting producer and writer and voices the role of Bob, the pups’ devoted owner.” There are some other well-known names among the voice cast as well. 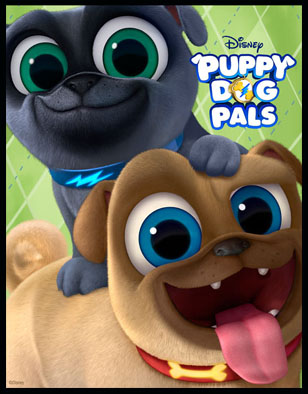