Ben Byrd has been a professional web designer and creative director for a long time. When he lost his then-current job a couple years ago, he made the decision to dive head-first into his artwork. And so he began displaying his colorful pictures of fantasy characters and comic book icons at art shows and fannish conventions all over. A quick look at his web site will show you just how prolific he has been. Now, he’s self-published his very first illustrated book for children, simply titled Dragons. Written by Tatiana Topyrik and illustrated by Mr. Byrd, it’s a rhyming bedtime story ostensibly for young kids, but older fantasy fans should enjoy it too. It’s available now on Amazon. 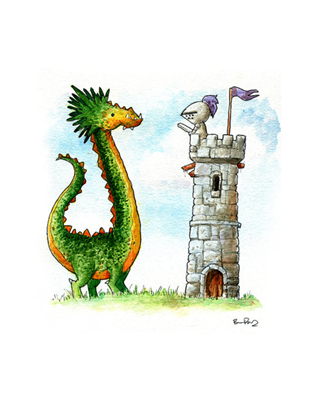