So Fluffy… And Cute

The creator of 100% Soft describes himself this way: “Truck Torrence lives in Los Angeles and makes kawaii pop art under the moniker 100% Soft. He is the designer of the official emoji for Star Wars and the creator of the Kaiju Kitties. His work has been shown at Gallery 1988, Bottleneck Gallery, Giant Robot, and Spoke Art. His clients have included Lucasfilm, Disney, 20th Century Fox, Fandango, Nickelodeon, and Marvel Studios.” And as you can see on his web site, he’s been busy making emoji, message stickers, plush kaiju kitties, and more for a while now — including an entire set of stickers for Disney’s Zootopia! 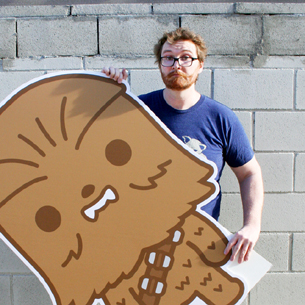