After a successful Kickstarter campaign last year, Tanemaki Designs recently introduced a new animal-themed board game called Vivarium. The basic premise is that in a future time of environmental destruction, a bio-dome has been set up as an “ark” to house and hopefully preserve a part of Earth’s remaining animal species. According to the official web site, “Vivarium is a strategy board game for 2-5 players where you assume the role of a species fighting for survival inside a new environment. Equipped with just your instincts and fears, you must utilize your species’ unique abilities and adapt in order to survive. By acquiring new cards, claiming territory, enduring natural disasters, defending the Oasis and completing objectives you can increase your fitness to survive. The species with the most fitness at the end of the game wins! Vivarium has 8 distinct species, a modular game board and varied seasonal events that ensure every game is unique and layered with strategy.” It’s been making an appearance at various game and comic book stores, so look for it near you. 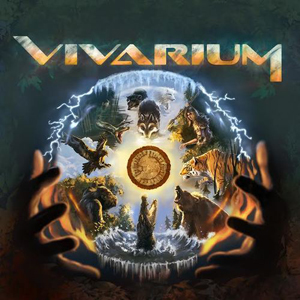