The Thief Returns — We Hope

Looks like you just can’t keep a good raccoon down. After word came down that the Sly Cooper animated feature was not to be (many presume due to the less-than-stellar box office performance of Ratchet & Clank last year), now Animation World Network has informed us that an animated Sly Cooper series is in the works. “Paris-based Technicolor Animation Productions and Sony Interactive Entertainment (SIE) have joined forces to produce a computer generated, animated Sly Cooper series to audiences around the world… The series is based on the best-selling PlayStation video game series introduced to the market in 2002, which has sold millions of copies globally and spanned four editions across generations of PlayStation. Sly Cooper follows the adventures of the irresistibly charismatic raccoon, a modern-day Robin Hood who restores justice to his city one theft at a time. Sly is aided by his two best friends, a muscular hippo named Murray and a brainy turtle named Bentley. Hot on Sly’s trail is Inspector Carmelita Fox, a morally upright cop with an unfortunate crush on the charming bandit, as well as a band of villains, each one more strange and colorful than the last. The series will mix humor, action, and a remarkable cast of characters.” No word yet on when the series is set to premier or what parts of the world will get to see it first, but we’ll let you know when we do! 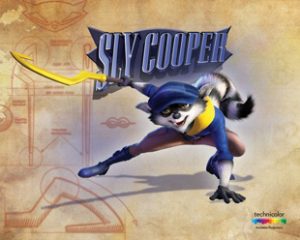