Those Marked In White

Evan Dahm in an artist who has illustrated and published recent editions of classics like The Wizard of Oz and Moby Dick. In the meantime he keeps himself busy with a series of on-line comics and graphic novels. Among the most extensive is a fantasy comic called Vattu. According to him: “Vattu is a story following a member of a nomadic tribe caught in the midst of a massive clash of cultures. It was started in July 2010 and is updated on Mondays, Wednesdays, and Fridays.” Visit his web site to see more, including an extensive character guide to Vattu — There are lots of non-human characters of various species. 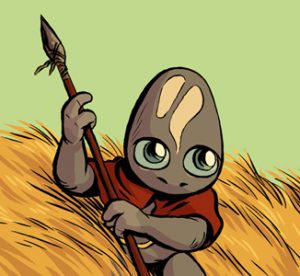