Once again, from out of nowhere, this one. We’ll let Image Comics explain it: “Journey into the thrilling world of international espionage as one of Britain’s most covert MI-6 divisions, The Nest, recruits a brand-new secret agent to their team: SPY SEAL! An exciting new comic series-reminiscent of The Adventures of Tintin and Usagi Yojimbo.”  Spy Seal is written and illustrated by Rich Tommaso (She Wolf) and the first full-color issue is available now. 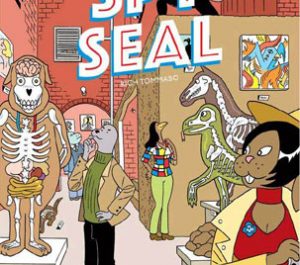