Came across this new game at San Diego Comic Con. It’s called Rivals of Aether, and it was created by Dan Fornace. From the official web site, here’s what they say: “Rivals of Aether is an indie fighting game set in a world where warring civilizations summon the power of Fire, Water, Air, and Earth. Choose a Rival to bring into the battlefield and manipulate the powers of the classical elements and animal movement. Untangle the mysterious conflicts of the planet Aether in Story Mode or take your combat skills online and challenge your friends across the world.” The site also includes an animated preview video. The game is available now through Steam for various platforms. 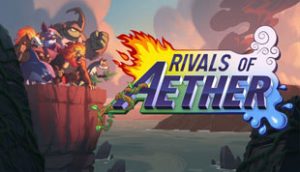