Creatures Both Strange and Fantastic

Shreya Shetty (try saying that three times fast!) is an illustrator and concept artist with a history in Hollywood productions. She has worked for companies like Rhythm & Hues, Wizards of the Coast, and Toon Studios on projects as diverse as Life of Pi, Dreamworks’ Home, and Percy Jackson: Sea of Monsters. At her web site you’ll see many of her finished paintings of magical monsters and some cute familiar creatures, many of which she also sells as prints. 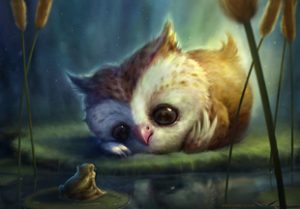