Feels like it’s been a while now that author Philip Pullman has been promising his fans a follow-up to his landmark alternate-earth fantasy trilogy His Dark Materials. Now it looks as if the wait is over! La Belle Sauvage, the first book in the new trilogy The Book of Dust comes finally to bookshelves in late October. Here’s what the author says: ““I’ve always wanted to tell the story of how Lyra came to be living at Jordan College, and in thinking about it, I discovered a long story that began when she was a baby and will end when she’s grown up. This volume and the next will cover two parts of Lyra’s life: Starting at the beginning of her story and returning to her twenty years later. As for the third and final part, my lips are sealed.” Lots of talking animal companions are sure to abound in this, the author’s furriest universe. 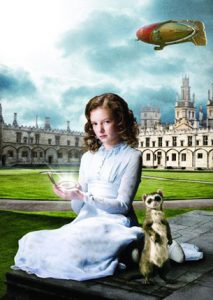