A Bear in a Hat on Your TV

We got this from Animation World Network: Although the second Paddington live action/CGI film won’t hit theaters until early next year, Studio Canal have announced at MIP Junior that they already have a new Paddington animated series in development for television. (Of course there was already an animated series back in the 1970’s. It was scripted by Paddington’s creator himself, Michael Bond, and animated with stop motion and paper cut-outs.) Studio Canal hopes to have the little bear’s new series available in late 2018 or early 2019. 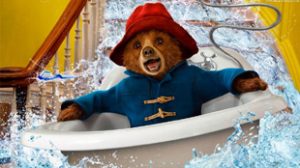