We got this right from Animation World Network: “Belgium-based studio nWave Pictures has teamed up with French sales company Charades to help sell its upcoming 3D animated feature The Queen’s Corgi… With a budget of more than $20 million, The Queen’s Corgi is being directed by nWave chief Ben Stassen with Vincent Kesteloot. The screenplay is by Rob Sprackling and Johnny Smith. The movie follows the adventure of Rex, the British monarch’s most beloved dog, who loses track of his mistress and stumbles across a fight club with dogs of all kinds confronting each other.” With films like House of Magic, Wild Life, and Son of Bigfoot already in their repertoire, it looks like nWave are trying to be a very furry production company. This new film is due in 2019. 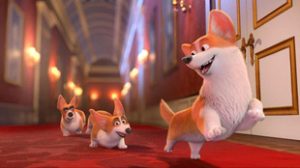