Allan Gann made a name for himself as a crafter of custom plush toys for various organizations and individuals since 1999. Then in 2014, he expanded his vision with Midnight Mares, designed not only as a plush toy line but also as an animated series. Inspired by My Little Pony: Friendship is Magic (obviously!), but Midnight Mares takes things in a darker and more grown-up oriented direction. Visit the official web site and you’ll see what we mean. Interestingly, Mr. Gann has retained the services of Duo Cartoonist to help create the animation. Duo Cartoonist is well-know as the creator of the Children of the Night animated short, which won a Special Ursa Major Award. 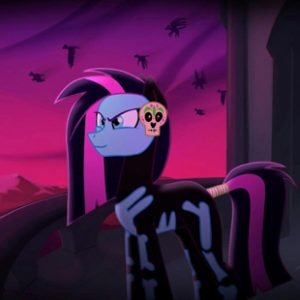