Just a Bunch of Crazy Animals

Chris Lovejoy is an artist and animator who works in a variety of media, as you can see on her web site. Recently she’s been working on a new on-line comic called Trash Cat, featuring the adventures of a young opossum named Mishka. The comic updates several times a week, so make sure to keep up. 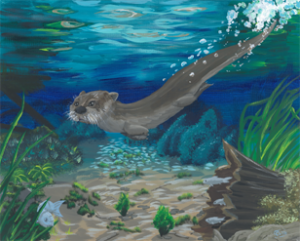