Welcome to the New Year! The helpful folks over at Animation Scoop have published a list of animated feature films scheduled to be released in North America this year — and of course, many of them are of particular note to Furry Fans.  Including things like… Peter Rabbit (coming out on February 9th), The Big Bad Fox and Other Tales (February 23rd), Isle of Dogs (March 23rd), Duck Duck Goose (April 20th), Smallfoot (May 11th), Hotel Transylvania 3 (July 13th), The Grinch (November 9th), and Wreck It Ralph 2 (November 21st). They also give a list of films that are expected to come out but that don’t have a solid release date yet, including Monster Family, Sgt. Stubby: An American Hero, Arctic Justice: Thunder Squad, and The Ark and the Aardvark. They did forget a couple — in fact, first out of the gate is Paddington 2 (coming out on January 12th) which is at least as “animated” as Peter Rabbit. Also there’s Animal Crackers, which has found distribution but for which we still don’t have a solid release date other than “this year”. Look for all of these films through 2018! 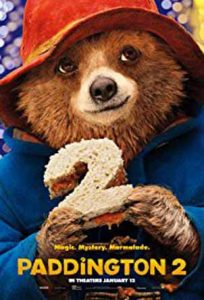