Stand By the Five

Jessica Reilly and Patrick Reilly have both served in the U.S. military — she’s still in, while he recently left after nearly a decade of service. In their free time, they formed a company called Zonks Illustration as an outlet for their creative endeavors. Among other things they’ve been working on Five Realms, a multi-species fantasy comic adventure reminiscent of Mouse Guard. He writes it, she illustrates it. You can see examples of her works over at their Zonks Etsy store. They also have a Patreon to try and get Five Realms out to the world. 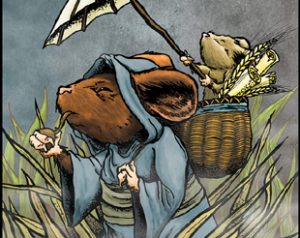