Here’s a new animated feature in the works we found out about through Animation World Network. “Timeless Films will begin selling worldwide rights to Rodrigo Pérez Castro’s upcoming animated feature Koati, created and produced by Anabella Sosa Dovarganes from Upstairs Productions and Los Hijos de Jack Productions, at the upcoming Cannes International Film Festival. Golden Globe and Primetime Emmy award-nominee Sofia Vergara (Modern Family), is attached to star and will executive produce… Koati is an animated comedy film starring three unlikely heroes: A free-spirited coati, a fearless monarch butterfly, and a hyperactive glass frog who embark on a glorious adventure to stop a wicked coral snake (Vergara) from destroying their homeland and friends. ‘Koati is an invitation to celebrate, for the first time in an animated film, the magical realism of the Latin American jungles, of the Amazonian rainforest, and the fun, exotic creatures that call it home,’ says Vergara, whose voice is heard in The Smurfs and Happy Feet 2. ‘It’s a coming-of-age comedy starring a cool and real family of animals the world needs to meet.'” The article tells us to look for it in 2019. 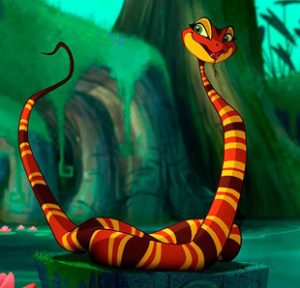