And More Dragons in Your Future

Meanwhile we got this from Moviefone.com: Turns out that we now have details about a new Disney animated film, Dragon Empire, scheduled for release in 2020 (they think). “Paul Briggs — head of story on Big Hero 6 and Frozen — will make his directorial debut… alongside Tangled animator Dean Wellins [as co-director]. Cars and Cars 3 writer Kiel Murray is said to be developing the script, with Moana producer Osnat Shurer back to produce.” Not a lot of details on the plot yet, but we know it involves dragons, a plucky female lead named Jan-Nin, and a male character named Bolin who is “said to be comic relief and a 900-year-old mentor to Jan-Nin.” The article also points out that Dreamworks is busy getting ready for the release of How To Train Your Dragon III in 2019, and we’ve already talked about Wish Dragon, Sony Picture’s dragon fantasy which is also slated for 2019. Looks like there are a lot of dragons flying our way! 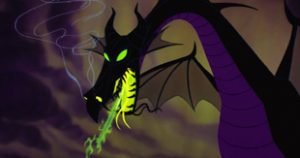