The Pearl of Animation

There’s a lengthy article over at Animation World Network about a presentation at this year’s Annecy Festival by Pearl Studios from China. Formerly known as Oriental Dreamworks (they helped to finish the animation on Kung Fu Panda 3), the newly-christened Pearl Studios have struck out on their own with several animated feature films in production — and some of them of note to Furry Fans. First up is Abominable (formerly Everest), a co-production with Dreamworks that’s directed by Jill Culton. According to Pearl, “Abominable stars Everest, a 2,000-pound yeti who is curious and playful.” And who communicates without words, it seems. (Yes, it does sound like a more serious version of Warner Bros’ upcoming yeti film Smallfoot.) Also on board is director Stephen Chow (Kung Fu Hustle) who is hard at work on an animated feature about the legendary Monkey King — a subject that he’s visited before in live action fantasy films. And further back in the pipeline are films like Tiger Empress (“… the story of a young tigress who grows from the obedient daughter of a Tiger Mom into a transformational leader when a prophecy convinces her that she’s the only one who can save their kingdom”) and Illumikitty (“… an irreverent comedy about the ultimate cat-astrophe: A feline plot for world domination”). You heard it here first. 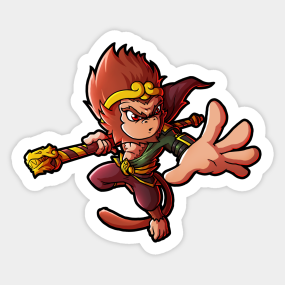