These Rabbits are Dynamite!

Here’s another project we found out about through Animation World Network: “Fox Family is prepping children’s book The Royal Rabbits of London as a hybrid CG-animation/live-action feature film, Variety reports. Screenwriter Will Davies, whose credits include Flushed Away, Puss and Boots, How to Train Your Dragon, and the forthcoming Abominable, has been hired to write the script. The Royal Rabbits of London is based on the 2016 children’s book written by husband-and-wife team Santa Montefiore and Simon Sebag Montefiore… There’s no word yet on where the animation will be produced. The story introduces the Royal Rabbits of London, who have secretly protected England’s Royal Family for centuries. When a small country rabbit uncovers an devious plot against the royals, he travels to London to warn the protective order.” Not to leave it out: The book was illustrated by Kate Hindley and it’s available at Barnes & Noble. 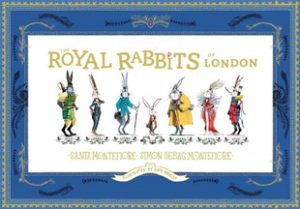