Here’s an interesting story. Animation Magazine guided us to Miss Camel, a new animated feature. Deadline reported it like this: “Wadjda writer-director Haifaa Al-Mansour, Saudi Arabia’s trailblazing first female filmmaker, is setting up female empowerment animation Miss Camel at LA-based animation hub ShadowMachine, producer of Netflix’s Bojack Horseman and Cartoon Network’s Robot Chicken… Miss Camel, the story of a Saudi teen named Hayla who will do anything to escape her arranged marriage and fulfil her goal of attending art school outside of Saudi Arabia, won the IWC Filmmaker Award, worth $100,000, at the Dubai International Film Festival in December… According to the film’s synopsis, while scheming to make her way to the in-person interviews for the art college in a neighboring Gulf state, Hayla makes a startling discovery at her cousin’s wedding: She can talk to animals.” No more news yet, but we’ll let you know as soon as we do when the film is set to be released! 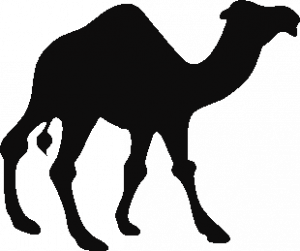