In the Wilds of Canada

Well here’s something different: Mythical Creatures is a full-color one-shot comic from Arcana Studios, written by Mark Poulton and Sean O’Reilly and illustrated by Munro Te Whata. “Eru lives for video games, but after an argument with his mother, he sets out on a real life adventure. Getting lost in the Canadian wilderness, Eru befriends Gwaii and a Patupaiarehe, who help him track down the mystical Raven to get back home. During their journey, they encounter some creatures from the rich mythology of Canada and New Zealand. Based on the upcoming animated pilot from Arcana Studio and Kiwa Digital.” Sounds like something we’d like to know more about! And oo, look: Here’s a video preview too. 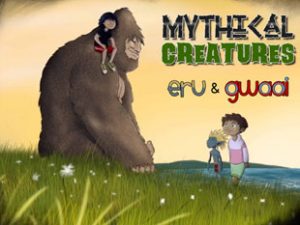