The Grump is Finally Here

You may recall that a couple years ago (!) we talked about a new animated feature based on the 1960’s Depatie-Freleng TV series called Here Comes The Grump. Well it seems that Anima Estudios just recently completed the film and released it in Mexico. What’s more, according to Cartoon Brew it’s apparently coming to the U.S. for a brief theatrical run, under the title A Wizard’s Tale. “The film is directed by Andres Couturier, who also helmed Anima’s 2015 feature Top Cat Begins. Some key American talent was involved in the development of the film, including writer Jim Hecht (Ice Age: The Meltdown) and character designer Craig Kellman (Madagascar, Samurai Jack, Hotel Transylvania). English voice cast includes Lily Collins, Toby Kebbell, and Ian McShane.” Cartoon Brew has a trailer for the film as well. Look for it! 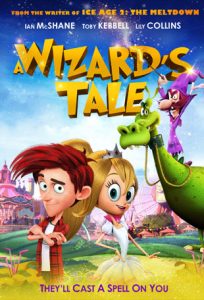