Once Again, We Have A Clue!

There’s more big news from Animation World Network. Looks as if a kids’ TV favorite from the 90’s has a new “leash” on life! (Sorry, sorry…) “Nickelodeon’s Blue’s Clues has found a new pal for Blue in TV newcomer and Broadway actor Joshua Dela Cruz, and a brand-new title: Blue’s Clues & You. Dela Cruz will have a new generation of preschoolers searching for clues with the beloved energetic girl puppy Blue.  Production on 20 new episodes of Blue’s Clues & You will commence this month in Toronto… In Blue’s Clues & You, beloved puppy Blue invites viewers to join her and the live-action host on a clue-led adventure and solve a daily puzzle. With each signature paw print, Blue identifies clues in her animated world that propel the story and inspires viewers to interact with the action.” Original series host Steve Burns is in on this new revival too, which is a good thing. 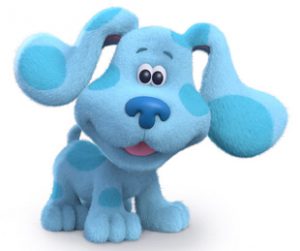