UPDATE: As we mentioned last summer, both a feature film and a new TV series based on the UglyDolls line of plush toys have been in development for some time. Well now thanks to Animation Scoop and the Hulu Network we have the first trailer for the UglyDolls animated feature. And as it turns out, the film includes quite a roster of singers and well-known actors giving voices to the characters, including Kelly Clarkson, Blake Shelton, Pitbull, Wanda Sykes, and Gabriel Iglesias. The film is directed by Kelly Asbury (of Shrek 2 and Gnomeo & Juliet). 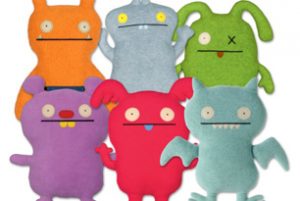