The Annie Award Winners for 2018

Your humble ed-otter and his mate got a chance to attend the Annie Awards at UCLA’s Royce Hall recently. Presented annually by ASIFA-Hollywood, the Annie Awards are considered by many to be the Oscars for animation, voted on by folks who work in the industry. And once again, there was plenty of anthropomorphic content to be found among the winners. By far, the big winner of the evening was Sony Pictures’ Spider Man: Into The Spiderverse. The surprise hit from last December not only won the coveted Best Animated Feature trophy, but also took home the Feature awards for Directing, Writing, Character Animation, Character Design, Production Design, and Editing — winning all seven categories in which it was nominated. (Go, Spider-Ham!). Ralph Breaks The Internet had to settle for only one award in Feature Effects Animation, while the 2D animated sequence in Mary Poppins Returns got the awards for Animated Special Production and Character Animation In A Live Action Feature. Also taking home one award was Wes Anderson’s Isle Of Dogs, which got the award in Feature Voice Acting for Bryan Cranston’s performance as Chief. Over on the TV/Broadcast side of things, the big winners were Hilda from Netflix (taking home awards for Best TV Series For Children, Writing, and Character Animation) and Disney’s Mickey Mouse (with trophies for Music, Storyboarding — tied with Rise of the Teenage Mutant Ninja Turtles — and Directing). In TV Character Design, the Annie went to a very anthropomorphic episode of Rapunzel’s Tangled Adventure called “Freebird”. Bojack Horseman did well, winning for TV Voice acting (Will Arnett as Bojack) and Best TV Production overall. Dreamworks’ Tales of Arcadia: Trollhunters won the trophy for Best TV Effects Animation. The award for Best Commercial went to “There’s a Rang-Tan in My Bedroom” (produced for Greenpeace), and the first winner of the brand new Best Virtual Reality award was Crow: The Legend (which we’ve talked about before!). Finally, the Ub Iwerks Award for technical achievement went to the developers of the open source software known as Blender, which of course many furry creators have also used extensively. To see all the winners visit the Annie Awards web site — and remember, nominations for the Ursa Major Awards close on February 16th! 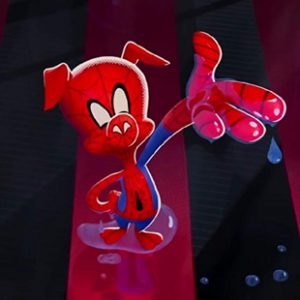