The Nuts Are Back

More from Animation World Network: “Feature animation studio ToonBox Entertainment and Canadian production company Pipeline Studios have announced the creation of a new joint venture. Their first project is Nut Jobs, a 2D-animated series for kids ages 6-11 based on The Nut Job, the hit animated feature film franchise that took in $120 million at the international box office. The production companies have been working in development on the series and have tapped Emmy Award-winning industry veteran and Grant Moran to spearhead these efforts. Moran, who will serve as the showrunner for the TV series, previously served as Executive Director in Charge of Production at Nickelodeon.” No word yet on any release date, but stay tooned. 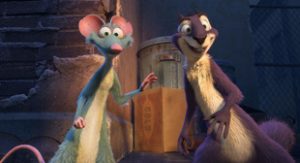