And more good news coming to us from Animation World Network: “STUDIOCANAL, Nickelodeon, and award-winning producer David Heyman have announced a global deal and released a first look for a brand-new Paddington (working title) television series for preschoolers. Actor Ben Whishaw (Paddington 1 & 2) will reprise his role as the beloved voice of the title character in the new CG-animated series, which follows the adventures of a younger Paddington. Paddington will air on Nickelodeon’s networks worldwide in 2020… Fully animated in 3D, the new Paddington series sees a younger Paddington writing to Aunt Lucy from Windsor Gardens. Each episode will open and close with Paddington’s letters as he tells Aunt Lucy what he has learned about life through the day’s new exciting adventure.” Check out the article for more. Looking forward to this! 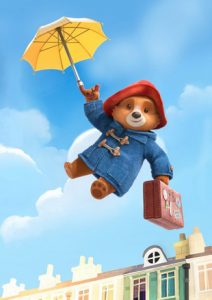