So Animation World Network recently brought us a big announcement from the folks at Warner Brothers.  Here’s the highlights: “Bugs Bunny! Daffy Duck! The Looney Tunes are back! The classic Warner Bros. Animation characters return in Looney Tunes Cartoons, a series of new shortform cartoons debuting at the Annecy International Animation Film Festival, which runs this year June 10-15. The next chapter of the iconic Looney Tunes story, featuring a cartoonist-driven approach to storytelling, will have its world debut on Monday, June 10, as part of the Opening Ceremony festivities, with Looney Tunes Cartoons shorts playing in front of the previously announced opening film, Playmobil: The Movie… Looney Tunes Cartoons is a series of new short form cartoons starring the iconic and beloved Looney Tunes characters. With a crew of some of the premiere artists working in animation today, each ‘season’ will produce 1,000 minutes of all-new Looney Tunes animation that will be distributed across multiple platforms — including digital, mobile and broadcast.” We’ll see how things work out this time. We know from several recent attempts at “new” Looney Tunes that the old Warner Brothers magic is hard to recreate — especially the timing. Stay tooned. 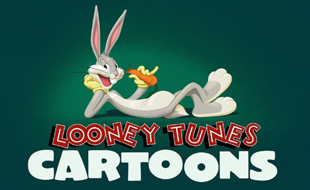