Gas Money Pictures is a new animation production studio in Southern California. Currently they have several nearly-completed 2D projects, plus several more in development. And wouldn’t you know it, several of the things they’re working on happen to be very anthropomorphic. Check out Mr. Wiggles Saves The World: “An all-ages family show about a friendly alien who finds himself trapped in the family dog while trying to literally save the world.” Straightforward enough. There’s also Little Blue, an animated feature film about a family dog, and something called Punk Rock Possum. Their web site has information about all this and more, plus they have a Vimeo page where you can see their works in progress. 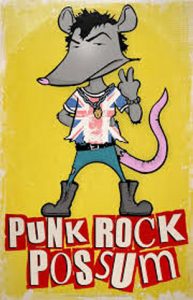