Animation World Network let us know that a sequel to the hit animated film Chicken Run is finally in the works. (Did you know that Chicken Run was the highest-grossing stop-motion animated movie ever?) “The unnamed sequel is set to enter full production in 2021 with Sam Fell (Flushed Away, ParaNorman) at the helm. Aardman co-founder and creative director Peter Lord, long-time Aardman producer Carla Shelley (Shaun the Sheep Movie, The Pirates! Band of Misfits) and Karey Kirkpatrick (Smallfoot) are returning as executive producers; Steve Pegram (Arthur Christmas) is producing. The script is being written by Kirkpatrick, John O’ Farrell and Rachel Tunnard. Nick Park, the Oscar-winning creator of Wallace and Gromit and Shaun the Sheep, will consult on the film… The sequel will revisit the world of Ginger, who has finally found her dream – a peaceful island sanctuary for the whole flock, far from the dangers of the human world. When she and Rocky hatch a little girl named Molly, Ginger’s happy ending seems complete. But back on the mainland the whole of chicken-kind faces a new and terrible threat. For Ginger and her team, even if it means putting their own hard-won freedom at risk – this time, they’re breaking in!” Stay tooned for more information on a release date as we get it. 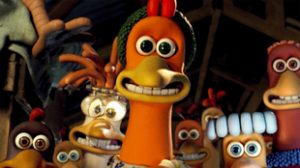