Wolves Are After Us

“Wasteland is a web series being created for YouTube that follows a pack of wolves attempting to survive the apocalypse.” Sounds pretty straight forward. “There are 7 main characters, and the show is being produced as a semi-realistic 3D animation. The story is told from the wolves’ point of view as they must fight to protect their family, and the world, from the new viral threat.” The Kickstarter campaign for UK-based Blue Biscuits Studios (the brainchild of animator Molly Babington) has already passed its goals, so things are looking up. Check out the teaser trailer on YouTube also. Watch it through to the end. 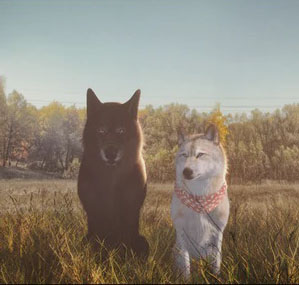