Dog Gone… Over the Rainbow

We got this straight from Animation World Network: “Animal Logic has announced that the next project produced in their Vancouver studio will be Toto, the animated musical adaptation of Michael Morpurgo and Emma Chichester Clark’s 2017 book, Toto: The Dog-Gone Amazing Story of the Wizard of Oz. A family film told from the perspective of Dorothy’s beloved companion, the screenplay was written by John August, with two-time Tony nominee Alex Timbers attached to direct… The Vancouver studio is currently in production on an animated film based on the DC Super Pets franchise, directed by Jared Stern and set for release in 2022.” Check out the original Toto book from Harper Collins. 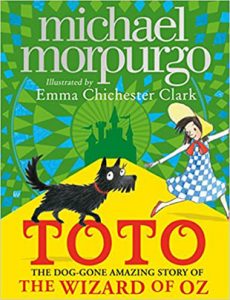