How did we not even know this was being made — let alone that it’s about to come out?? Well, here it is — The sequel to 2016’s Rock Dog, which furry fandom adored… even if the box office wasn’t so kind. Rock Dog 2 is scheduled for release in April, directed by Mark Baldo. “One year after the original Rock Dog: Bodi and his band, True Blue, have become locally famous in the village of Snow Mountain — they even have devoted fans! But when a music mogul named Lang gives them the opportunity to tour with pop sensation, Lil’ Foxy— Bodi and his friends learn that fame comes at a price, and ultimately discover that only by staying true to yourself can you unleash the power of Rock n’ Roll!” ReDefine is one of  the companies that worked on the film, and they have a lot of good info. 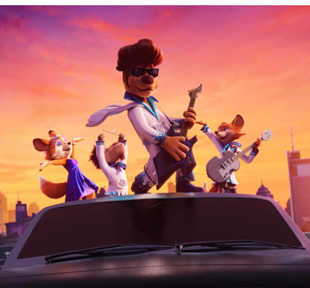