The Annie Awards for 2020 were presented on April 15th — in an on-line virtual ceremony, of course. Presented each year by the International Animated Film Society (ASIFA), the Annie Awards are considered to be the Oscars of animation. Surprising no one, Disney/Pixar’s Soul was the big winner of the night, taking home seven Annies including Best Feature Film. (And hey, it’s got some anthro elements to it as well!). Wolfwalkers did quite well also, taking the award for Best Independent Feature back to Ireland, as well as honors for Production Design, Character Design, Directing, and Voice Acting (for Eva Whittaker as Mebh the wolf-girl). Cartoon Saloon, which created Wolfwalkers, also took home the award for Best Sponsored Production (eg “best commercial”) for their environmental PSA There’s A Monster In My Kitchen. Magic Light Pictures won the Best Special Production award for The Snail and the Whale. Over in the TV awards it was a good night for furry stuff, as Primal won for Best General Audience TV Series, Adventures of Paddington won for Best TV Production For Preschool, and Hilda won for Best TV Production For Children — as well as two other awards. Some single awards of note for furry fans include Looney Tunes for Best Storyboarding, Shooom’s Odyssey for Best TV Production Design, and Amphibia for Best TV Character Design.  All in all it was another good night for furries in the world of animation. Visit the Annie web site to see all the winners. 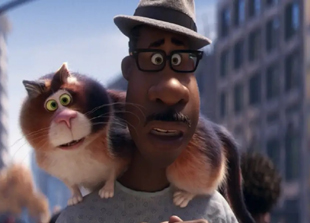