Winging to Your TV

Ava DuVernay, director of Selma and A Wrinkle In Time, has a new series in the works — with dragons. Wings of Fire was a novel series, then a graphic novel — and now, a new animated series on its way to Netflix. “Oscar nominee and Emmy Award winner Ava DuVernay has landed her animated family series, Wings of Fire, at Netflix. Based on Tui T. Sutherland’s #1 New York Times and USA Today best-selling book series, the epic fantasy saga will be produced by Warner Bros. Animation… Published by Scholastic, with 14 million copies in print, the Wings of Fire book series tells the story of a bitter war that has raged for generations between the dragon tribes who inhabit the epic world of Pyrrhia. According to prophecy, five young dragons will rise to end the bloodshed and bring peace back to the land. Raised and trained in secret from the time they were hatched, the Dragonets of destiny – Clay, Tsunami, Glory, Starflight, and Sunny – embark on an evolving quest that will bring them face to face with their true selves and the overwhelming scope of this savage war they are destined to bring to an end.” Stay tooned for more news about a planned release date! 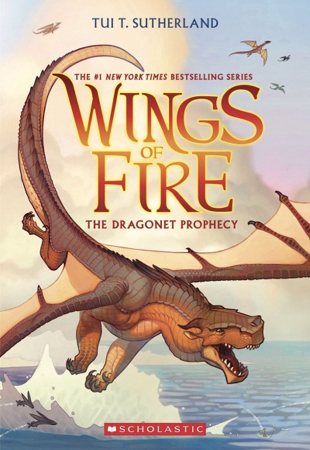