With a Song in His Heart

We’re learning more about Vivo, Sony Pictures Animation’s first musical. For one thing, they’ve released a teaser trailer — and a plot. “An animated musical adventure that follows Vivo, a one-of-kind kinkajou (voiced by Lin-Manuel Miranda), who must find his way from Havana to Miami in order to deliver a song on behalf of his beloved owner and mentor Andres (Juan de Marcos Gonzáles).” Mr. Miranda wrote the original story, and lots of songs for the film as well. It’s directed by Kirk DeMicco (Space Chimps, The Croods) and Brandon Jeffords (Cloudy with a Chance of Meatballs 2). One of the producers is none other than Rich Moore (Zootopia). Well-known voices include Gloria Estefan, Michael Rooker, and Zoe Saldana. Vivo is coming soon to Netflix. 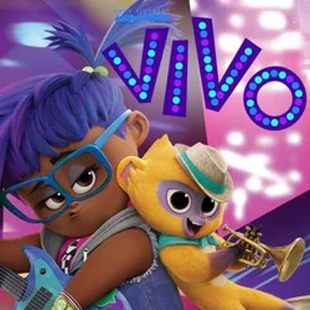