The Ursa Major Awards for 2020

Welcome in the May! And welcome the 2021 Ursa Major Awards for the best in anthropomorphic media from 2020. While there was so much crazy (and let’s face it, sad) going on that year, somehow creative people managed to bring us some fine “talking animal” entertainment — and we love them for it. So here, as nominated and voted on exclusively by you, the Fans, are the winners for the Best in Anthropomorphics from the year 2020:

Best Other Literary Work: Difursity — Stories by Furries of Color, edited by Weasel

Best Short Fiction: What Makes A Witch, by Linnea Capps

Best Novel: The City That Barks and Roars, by J.T. Bird

Needless to say, congratulations to everyone — the winners, and all the other nominees. To find out more about the Ursa Major Awards, or if you’d like to volunteer, visit the official web site. And start thinking about what sort of Furry Stuff you like from 2021! The Ursa Major Awards will return next year! 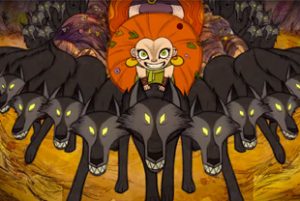